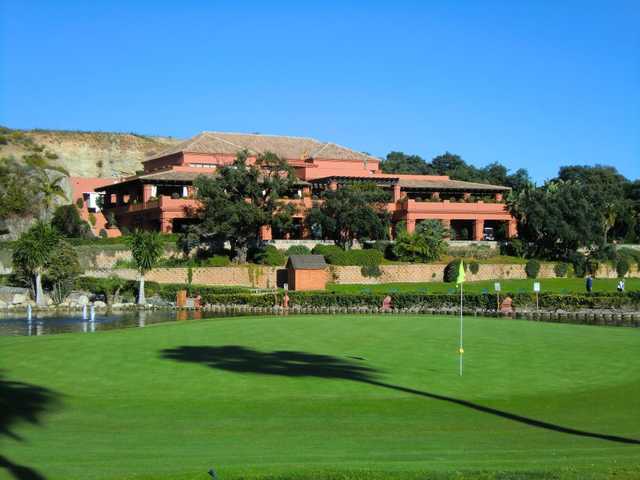 Two green fees for the price of one

Two green fees for the price of one

This exclusive 18 hole golf course,just outside of Marbella was designed by Enrique Canales and opened for play in the early summer of 2001. Its opening was long awaited as the course had been allowed sufficient time to settle and had been tantalizing passers by on the N340 for a year. This thoughtful time allowance meant that when the course did open it was particularly well finished and the attention to detail was impeccable.

The 5878m long course was also federated in the same opening year and by 2003, it had hosted the 58th Annual Spanish Professional Championships, demonstrating its quality and prestige in a remarkably short period of time. The course was built in Parkland style and adheres to U.S.G.A. specifications drawing interest from all levels of players.

Its wide fairways interchange with long par 3’s and drives over water. The first nine holes offer 2 x par 3’s and1 x par 5. The second nine holes are slightly longer, with 2 x par 3’s, 5 x par 4’s and 2 x par 5’s. The 8th hole is commonly considered the most difficult, a par 5 at 506m. The tee box is at the highest level of the course and its narrow fairway runs all the way down to sea level. The layout is relatively flat, with the exception of the 8th hole and the course is considered to be of moderate difficulty.
The Santa Clara golf course is set on a private estate of 360 acres which has been developed with luxury apartments and villas. It is the only golf course to have an entirely female team of Caddy Masters! The plush Clubhouse, which is a multi level affair has a beautiful restaurant and bar as well as luxury changing facilities with saunas. Private and group lessons are available, there is a well stocked Accessories Shop, a driving range and putting and chipping areas.