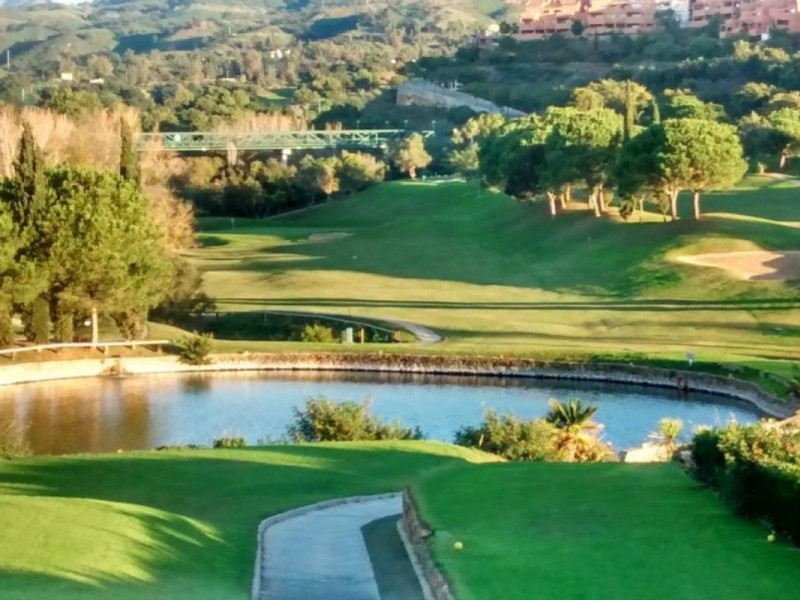 This elite par 70 course of 18 holes was designed in part by Garcia Garrido and opened in 1996. It is situated in the heart of the beautiful countryside of Elviria, 10km from Marbella, world renowned for its rich and famous residents and up market lifestyle.

The lie of the land, through two valleys, dictated that the densely wooded course followed the natural windings of the river and the hazards in the Santa Maria course are mainly formed from the lakes, streams and natural vegetation on the grounds. At 5586m in length, with many elevated, lush fairways, well placed bunkers, lakes and a waterfall, some tiered greens and a superb view of the Mediterranean, the course starts along the flatter valley and winds up towards the mountains which lie behind it.

Santa María Golf & Country Club has now extended its 18-hole course to a par-71 following a major transformation of the nineth hole, which has been lengthened from a 324-metre par-four to a 511-metre par-five!

The Marbella club’s new-look layout will be unveiled with the opening of the transformed nineth hole on 14 June 2019. This extension of the course will be continued with a new layout remodelling to lengthen it further to a par-72 – within a few months, by March 2020.

Managed by Alfredo Ramiro, the course offers golfers a challenging round in exceptional natural surroundings with views of the sea and oak tree-covered mountains. A stream and four lakes provide the course with a freshness and testing challenges, while further enhancing its beauty.