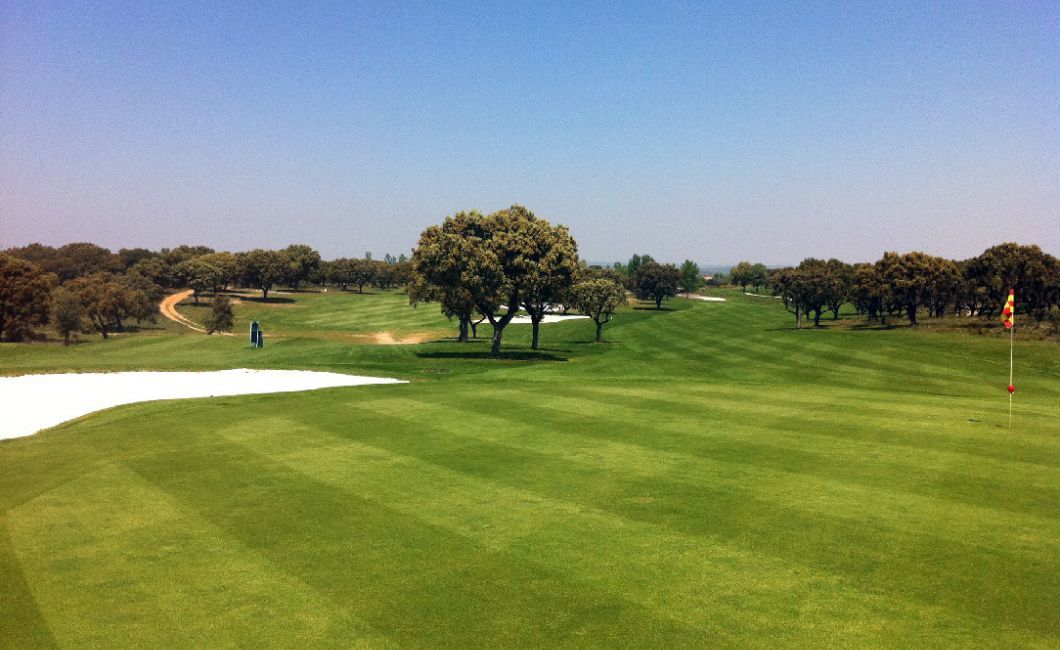 The golf course is considered the most difficult one of the region Castilla-Léon.
El Villamayor Golf Course offers an 18-hole round with a par of 72, and is one of the longest and most difficult courses in Castilla-Leon. The designers of the course aimed as far as possible to respect the natural character of the area, as well as reforesting it with different species of trees: pines, chestnuts, walnuts, palms and olive trees. The course has two rounds which are very different in style. The first, which consists of the nine first holes, is an English-style course which respects the layout of the terrain. This first part of the course is the most difficult, while the second stretch is more in the style of the American courses, where the difficulty lies in the greater distance between the holes, the presence of three lakes, and the numerous bunkers, though the ground is less uneven. The course also has a about hundred granite rocks which gives this new sports complex in Salamanca rather an unusual character.